In order to design high energy density lithium ion batteries, in addition to the continuous optimization of its space utilization, improving the compaction density and gram capacity of the battery cathode and anode materials, using high conductive carbon nano and polymer bonding agent to increase the content of active substances in the cathode and anode, and increasing the operating voltage of lithium ion batteries is also one of the important ways to increase the energy density of the battery.

The cut-off voltage of the lithium-ion battery is gradually transitioning from the original 4.2V to 4.35V, 4.4V, 4.45V, 4.5V and 5V, of which the 5V nickel-manganese lithium-ion battery has high energy density, high power and other excellent characteristics, will be an important direction for the future development of new energy vehicles and energy storage. With the continuous development of power supply R & D technology, in the future, higher voltage, higher energy density lithium-ion batteries will gradually out of the laboratory, to serve consumers.

High-voltage lithium-ion battery with the voltage increase, in the use of some safety performance will be reduced, so there is no bulk use in the power car. At present, the battery cathode materials used in power vehicles are mainly ternary materials, mainly lithium iron phosphate. In order to improve the energy density to meet the demand, generally choose 811NCM and NCA and other high nickel cathode materials, high-capacity silicon carbon anode or improve the utilization of battery space to improve its energy density and endurance.

The most widely studied and applied high-voltage cathode material is lithium cobaltate, which has a two-dimensional layer. The structure, α-NaFeO2 type, is more suitable for the embedding and detachment of lithium ions. Lithium cobaltate has a theoretical energy density of 274mAh/g, which has the advantages of simple production process and stable electrochemical properties, so its market share is high. In practical applications, only part of the lithium ions can be reversibly embedded and removed, and its actual energy density is about 167mAh/g (operating voltage is 4.35V). Increasing its operating voltage can significantly increase its energy density, for example, the operating voltage from 4.2V to 4.35V its energy density can be increased by about 16%.

However, the repeated embedding and removal of lithium ions from the material under high voltage will cause the structure of lithium cobaltate to change from a tripartite crystal system to a monoclinic crystal system, at this time the lithium cobaltate material no longer has the ability to embed and remove lithium ions, and at the same time, the particles of the cathode material will loosen and fall off from the collector, resulting in greater internal resistance and poor electrochemical performance of the battery.

At present, the modification of lithium cobaltate cathode materials mainly improves the crystal structure stability and interfacial stability of the materials from two aspects: doping and coating.

At present, lithium cobalt acid high-voltage materials have been used in high energy density batteries in bulk, such as high-end mobile phone battery manufacturers have higher and higher requirements for battery performance, which is mainly reflected in the higher energy density requirements, for example, the 4.35V mobile phone battery with carbon as the cathode energy density requirements of about 660Wh/L, 4.4V mobile phone battery has reached about 740Wh/L, which requires the cathode material It has higher compaction density, higher air play, and better stability of the material structure under high pressure and high voltage. However, lithium cobalt acid electrode materials have the disadvantages of scarcity of cobalt resources and high price, in addition, the cobalt ion has a certain degree of toxicity, these shortcomings limit its wide application in power batteries.

In order to reduce the amount of cobalt and improve the safety performance of batteries, researchers have started to work on layered ternary high-voltage materials (LiNixCoyMn1-x-yO2 or LiNixCoyAl1-x-yO2). In these ternary materials, nickel (Ni) plays the role of providing capacity, cobalt (Co) can reduce the mixing of lithium (Li) and Ni, and manganese (Mn) or aluminum (Al) can improve the structural stability of the layered material, thus enhancing the safety performance of the battery. These batteries are mainly used in general conventional digital batteries, such as: rechargeable treasure, business backup batteries, etc., as a substitute for lithium cobaltate, to improve the price competitiveness of the battery, with the most common ratio of nickel-cobalt-manganese ratio of 5:2:3.

There are a number of manufacturers in the power car aspect of the trial, its way to increase energy density, mainly to increase the working voltage of single lithium-ion batteries and increase the nickel content in ternary materials, but at present the industry is still in the development stage, no bulk products. This is mainly because the current power battery first to meet the battery’s high safety, consistency, low cost and long life, the increase in capacity is not the primary issue.

The main problem of ternary materials is that as the content of nickel increases, the material becomes more alkaline, which has higher and higher requirements on the battery production process and environment; at the same time, the thermal stability of the material decreases, which will release oxygen during the cycling process, leading to the deterioration of the structural stability of the material; in the charging state, nickel has a strong oxidation, which also puts forward higher requirements on the matching of electrolyte. Therefore, the ternary electrode materials have a high limitation in promotion and use.

Lithium manganate is a typical spinel structure cathode material with the theoretical energy density of 148mAh/g, which is lower than that of lithium cobaltate and ternary materials. It has the characteristics of low price, high thermal stability, environmental friendliness and easy preparation, and is expected to be used on a large scale in energy storage batteries and power batteries.

On the power battery, the application of lithium manganate in the country is not widespread enough compared to ternary materials and lithium iron phosphate, mainly limited by its shortcomings of low energy density and poor cycle life, resulting in the battery’s short mileage and low service life. The cycle performance of LiMn2O4, especially at high temperature (55℃), has been heavily criticized, and its main influencing factors are divided into three aspects.

①Dissolution of surface Mn3+. Since the current lithium salt used in the conventional electrolyte is LiPF6, the electrolyte itself contains a certain amount of hydrofluoric acid (HF) impurities, the trace amount of water in the battery system will lead to the decomposition of LiPF6 to produce HF, the presence of HF will erode lithium manganate (LiMn2O4) and lead to the disproportionate dissolution of Mn3+, 2Mn3+ (solid phase) → Mn4+ (solid phase) + Mn2. + (solution phase). The Mn3+ content on the surface of the material is higher than in the bulk phase at the end of the discharge and at high rates of discharge, which increases the dissolution of the Mn3+ content on the surface of the material.

②Ginger Taylor effect. During the battery discharge process, especially in the case of over-discharge, Li1+δ [Mn2]O4 is generated on the surface of the material, which is thermodynamically unstable, and at the same time the material structure is transformed from the cubic phase to the tetragonal phase, and the original structure is destroyed, thus the cycling performance of the material deteriorates.

③High oxidation properties of Mn4+. At the end of charging or under overcharging, the highly de-lithiumed Li1+δ [Mn2]O4 material with Mn4+ has a strong  Oxidation, can oxidize the decomposition of organic electrolyte, deteriorate the battery cycle performance. Most of the current lithium manganese acid battery energy density is less than 100mAh / g, room temperature cycle can only reach 400 ~ 500 times, high temperature cycle can only do 100 ~ 200 times, can not meet the demand for mass production. But in fact, accounting for nearly 20% of global electric car sales Nissan LEAF car battery system is the use of lithium manganese acid battery, its mileage can reach 200km or so.

Although the performance of lithium manganese acid battery is subject to the constraints of the material’s own structure, but as long as the shortcomings of its low energy density and poor cycle performance, the future still has a very broad application space in the field of power batteries.

In order to improve the energy density and cycling performance of lithium manganate electrode materials, some researchers have increased the voltage of cathode materials by doping modifications, such as LiMxMn2-xO4 [(M = chromium (Cr), iron (Fe), Co, Ni, copper (Cu)] 5V high-voltage cathode materials, among which the nickel-manganese high-voltage material LiNi0.5Mn1.5O4 has been most extensively studied. The discharge specific capacity of the NiMn high-pressure material is as high as 130mAh/g, the platform can reach about 4.7V, the energy density is higher than that of lithium cobaltate at conventional operating voltage, and there is basically no ginger Taylor effect of Mn3+.

When the operating voltage is increased to about 5V, NiMn high-voltage material has the advantages of high gram capacity, high discharge platform, high safety performance and high multiplication performance compared with traditional lithium cobaltate, lithium manganeseate, ternary and lithium iron. It has great advantages in battery pack allocation, but its poor high temperature performance and cyclicity need to be improved. From the perspective of the current application, it is still in the stage of small batch production of steel-shell batteries, and there is still a long way to go for the doping modification and surface coating of nickel-manganese high-pressure materials.

Although high-voltage lithium-ion batteries make a large contribution to improving the energy density of the battery, there are also many problems. As the energy density increases, the compaction density of the anode and cathode are generally higher, the electrolyte wettability becomes worse, and the amount of fluid retention decreases. Low liquid retention leads to poor cycling and storage performance of the battery. In recent years, with the continuous emergence and application of high-voltage cathode materials, the conventional carbonate and lithium hexafluorophosphate system will be decomposed in the battery of more than 4.5V voltage, poor cycling performance, poor high temperature performance and other battery performance degradation, can no longer fully meet the requirements of high-voltage lithium-ion batteries. Therefore, it is of great significance to study the electrolyte system to match these high-voltage cathode materials. 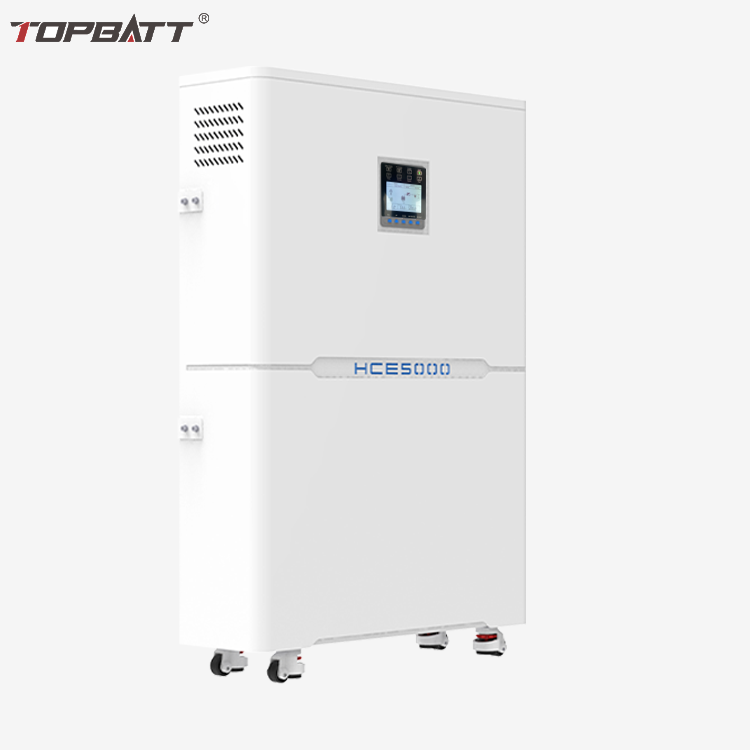 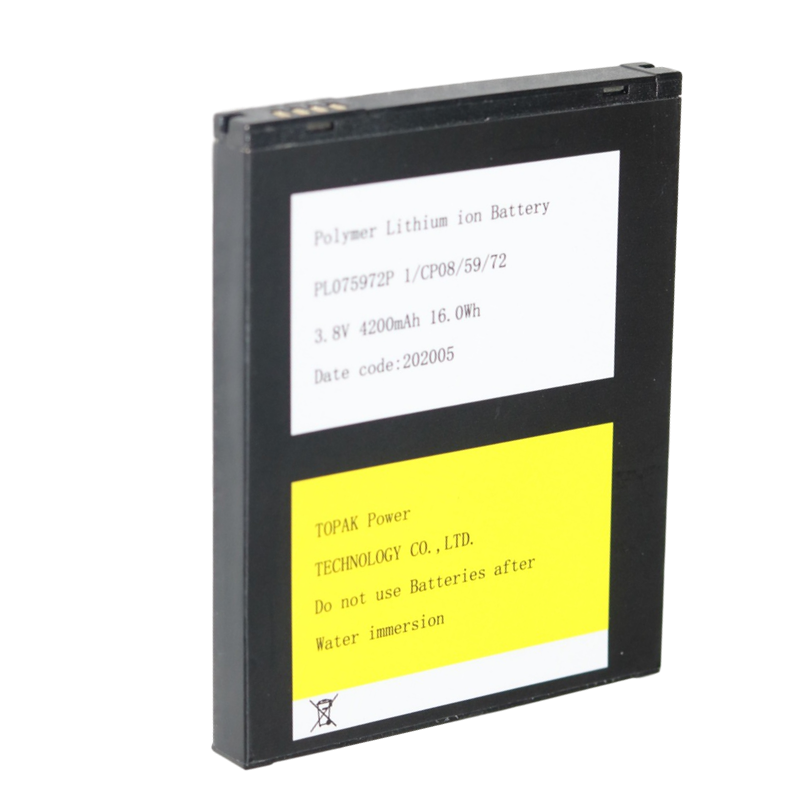 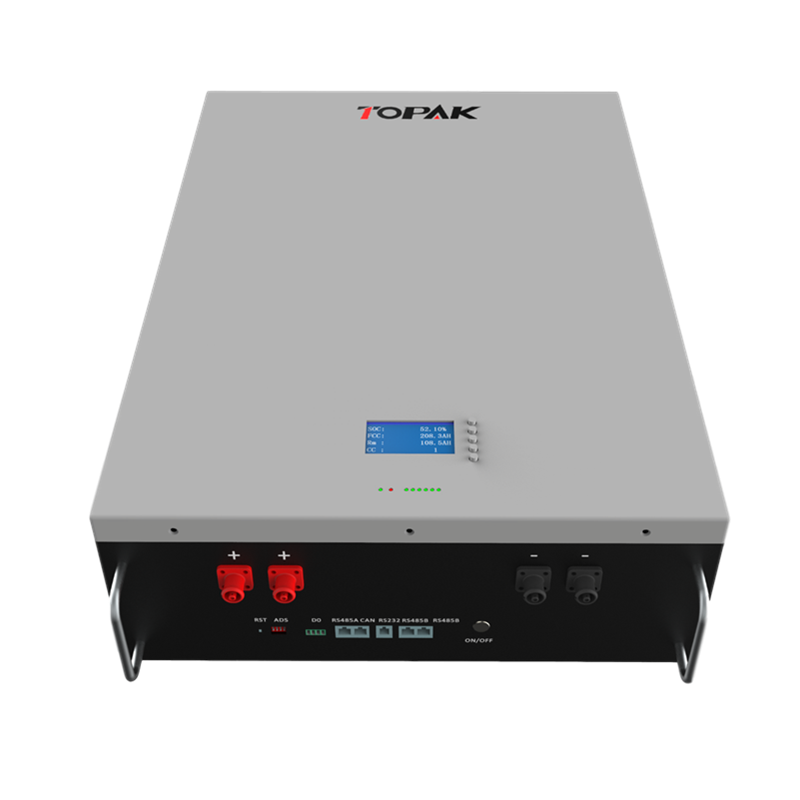 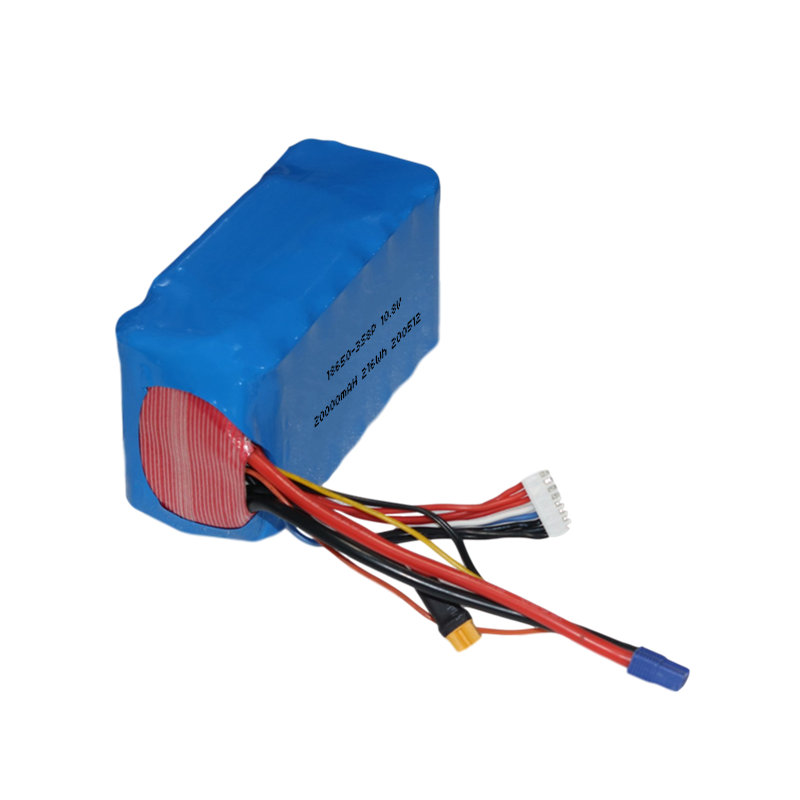